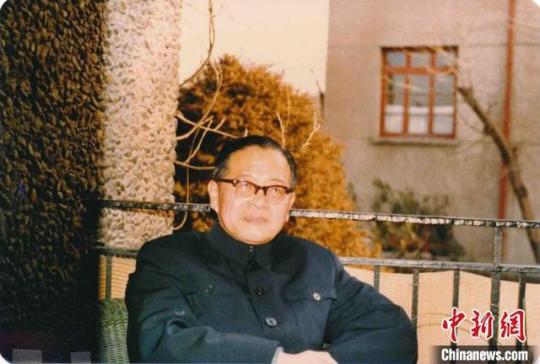 Gao Wenbin, the last Chinese person to fully participate in the Tokyo Trials, the tribunal for accused A-Class Japanese war criminals in World War II, died at the age of 99 in Shanghai on Monday.

He was an expert in law and history, and a professor at the law school of Shanghai Maritime University for over 40 years.

Born in Shanghai in 1922, Gao grew up during the War of Resistance against Japanese Aggression (1931-45).

After graduating from a local senior high school in 1941, Gao studied law at Soochow University－now Suzhou University－in Jiangsu province. His studies were frequently disrupted by the Japanese invasion, and the university had to be relocated several times.

The tough study environment stimulated Gao's love for his motherland and motivated him to study harder, according to the university. He went on to master the English language and developed a solid knowledge of law.

He told local media Shanghai Observer in 2015 that he heard cheering on campus that day, and local stores and restaurants offered discounts to celebrate the victory.

It was the happiest and most thrilling time of his life, Gao said.

In May 1946, Gao was elected as one of the translators assisting Chinese prosecutors in the trial of Japanese war criminals at the International Military Tribunal for the Far East, known as the Tokyo Trials.

He was later promoted to assistant prosecutor and secretary to Chinese prosecutor Xiang Zhejun. He was in charge of translating court hearing records, communicating between international and Chinese procuratorates and handling documents.

Among Gao's achievements was finding decisive evidence proving that two Japanese soldiers had engaged in a contest to see who would be the first to kill 100 Chinese people on the way from Shanghai to Nanjing, Jiangsu, in November and December in 1937 before the Nanjing Massacre. It was discovered that each of them had killed more than 100 people.

The Tokyo Trials lasted from 1946 to 1948. All 28 defendants were found guilty, and seven were sentenced to death.

The manuscripts of his teaching plans over the past decades have been preserved and are being exhibited in the gallery of the school's history.

Gao retired in 1988 but continued to contribute to the legal industry.

Together with other legal experts, Gao participated in the editing of the Compact English-Chinese Dictionary of Anglo-American Law published in 2005, which remains an authoritative reference in the industry.

As the only surviving Chinese person in the past decade to have participated in the Tokyo Trials, Gao had always been active in collecting historical materials as well.

Cheng Zhaoqi, director of Shanghai Jiao Tong University's Center for the Tokyo Trials Studies, told China News Service that Gao had attended many activities held by the center and was very concerned about related research. In 2016, then 95-year-old Gao initiated the idea of establishing a memorial hall.