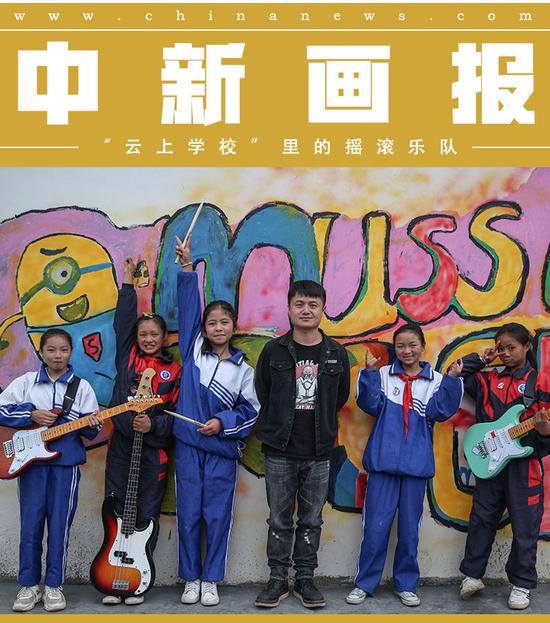 After graduating from music school, Gu Ya volunteered to teach in a village school far from the city he lives in. In 2016, when he came to the Haiga elementary school—which is located up a 2400-meter mountain—Gu found that the children were shy with strangers. That’s when he decided to introduce them to rock music.

In class, he taught them how to play musical instruments including the piano, drums and guitar, and helped set up a musical band for each class, attracting hundreds of children.

I hope music can cure the loneliness in these kids and let them be happy, said Gu.

Gu's students are now able to perform a complete rock and roll song and have posted a trending video on China's Twitter-like Weibo. Their debut performance streamed on August 19 and has been viewed by more than 1.42 million people.